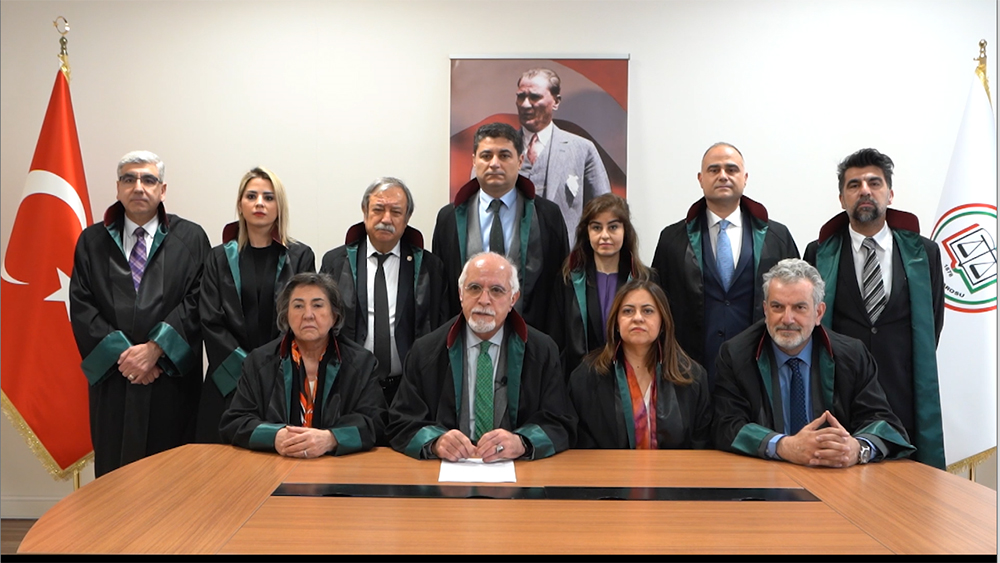 Turkey has decided to withdraw from Istanbul Convention following the decision of the President published in the Official Gazette at midnight on March 19. This decision regarding Istanbul Convention, which has been targeted by certain groups for a while, was an expected decision for our Bar Association.

However, it is extremely clear that the remedies followed for withdrawal are contrary to the Administrative Law, the Constitution and International Law.

Being able to withdraw from this convention, which is ratified on the basis of the law numbered 6251 and the Turkish Constitution, by a President's decision is both a disrespect to the will of the Turkish Grand National Assembly and a clear contradiction to the Constitution.

Although it appears to be authorized by a Presidential Decree, this withdrawal decision is invalidated as a decree cannot be drafted on fundamental rights and freedoms in accordance with Article 104 of the Constitution.

Moreover, the convention is still in force as the withdrawal procedure determined within the scope of this very convention per se was not complied with and the General Secretariat of the Council of Europe was not resorted.

As Istanbul Bar Association, we have sent our petition to the Council of State today, which includes our demand for the determination that the decision to withdraw from the convention is null and void, unconstitutional and for the suspension of its execution.

It is our reason for existence to determine that the decision to withdraw from this convention is not legally grounded and to gradually fight against it. In addition, we consider ourselves responsible in terms of Articles 76 and 95 of the Turkish Attorneyship Law.

However, it should be known that even if the decision to withdraw from the Istanbul Convention was a decision or law made in accordance with all procedural provisions, it would still not be possible for us to accept this withdrawal by accepting it as natural.

Because Istanbul Convention is a democracy and a human rights document for Istanbul Bar Association.

As a bar association that offers legal aid to more than 12,000 women and saves their lives with 2020 figures alone, we think that there is no justification for the withdrawal from this convention. As Istanbul Bar Association, where the fire falls in every single femicide, we keep on with our firm belief that Istanbul Convention saves lives and we think that saving the convention is only possible through a determined struggle.

If we do not fight to this end, the provisions of Law No. 6284 will gradually compromise. It will be inevitable that the law, which has already lost its power in the judicial ground, will be deprived of its ability to implement since the convention has been disputed by some certain groups. If we do not give this struggle, the dimension to which the problem will be carried over will be more dangerous with the mediation arrangement in the family law, where the final touches have been made. The imagination of another way of life by some sects -who have already lined up to extend their thanks- as a consequence of the withdrawal for the convention should be tackled with high sensitivity.

Abandoning Istanbul Convention is to stop fighting violence against women. It is to deprive the women, who have been subjected to violence, of security. As a concrete "state view",  it is to withdraw the will to protect. It is to consider violence as a nature. It is to deny the equality between men and women. It is to stand by the power and the powerholders.

It is to underestimate women in the name of customs, traditions, family integrity and to interfere with their developmental phases. Preventing women from being free and dignified individual is to prevent them from displaying their talents.

In short, the target is democracy. We will not give up on our democracy.

We cannot be accomplices to this mentality in which gender equality does not exist and which imprisons women as submissive citizens to their homes excluding them from societal life.

We will never give up our pursuit of the Rule of Law and Justice. We adopt democratic values ​​as our compass and we will walk on this axis.

Our determination to struggle will not be limited by time and space. We will be in solidarity with all women and their organized forces, at the forefront when necessary, side by side on the way to seek justice.

If Istanbul Convention is in question is, we are a party and we will stay that way.

We call all our citizens to be in solidarity to achieve the right to shape a contemporary future.

As the Board of Directors of Istanbul Bar Association, we pay our respects.